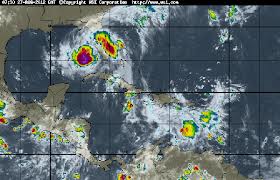 President Obama’s recent rejection of disaster relief, related to Hurricane Isaac, for Florida has been met by strong objection and action by Florida Governor Rick Scott. Florida’s Department of Emergency Management is expected to appeal the Obama denial of this critical Sunshine State funding as well.

The anticipated revised request, appeal or claim for disaster relief in total is about $ 40 million.

Images, videos and interviews posted widely on the internet, and as reported by major networks, and media sources, seem to present a lucid and compelling case for Florida need for disaster relief.  Indicating the administration’s claim of lack of severity and size is off base and a rare sign of federal expenditure restraint or elected leader’s administration arbitrary and perhaps capricious rule.

This Presidential action runs contrary to The President Obama’s Florida campaign promises and commitments being proffered for Florida votes and ultimately Florida’s critical Electoral votes to win a second term.